We're very happy that Samayasri has agreed to be SFBC president, now that Dhammarati is retiring from the role after many years.  We will have a ceremony on zoom July 2 (11am Pacific time), and Samayasri will visit us in December if all goes well. Meanwhile here is an introduction:

When Samayasri first met Triratna (Dhammarati was the leader of her first retreat!) she was living in London, working full time and raising her son as a single parent.  She became a member of the Croydon Sangha and was Ordained in 2004 - fulfilling her goal of joining the Order while still in her 30s by a 3 week margin!

She has spent her career in social change/NFP/UN organisations as a fundraising leader: working on issues such as refugees, environment and reproductive rights. Her work has led her to live in Switzerland, Denmark and now the USA.  Currently she works for a global reproductive rights organisation, and is deeply involved in the US response to the recent SCOTUS ruling on Row vs, Wade.

Samayasri lives in New Jersey in a women's community (with Padmadharini, Elaine (soon to be someone else!) and Srisara), and has been Chair of the New York/New Jersey Sangha for 5 years, and President of the Vancouver Sangha for about 2 years.  She is also a part time member of the Right Livelihood Team that is establishing a new Karuna USA charity. 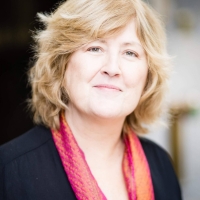 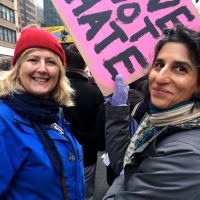 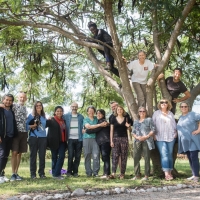