Mary Salome was introduced to the Dharma in 1986 by her then-girlfriend, a Jodo Shinshu Buddhist who handed her a book called Everyday Suchness. That same girlfriend introduced her to the concept of cultural appropriation. Struggling with how to approach Buddhist practice as a person with roots in American, Syrian, and Irish cultures, she respectfully put it aside for a decade. In 1998, the 12 Steps of Codependents Anonymous led her through the red doors of the San Francisco Buddhist Center on a quest for meditation training. That quest blossomed into a dedicated Buddhist practice. She continues to reflect on ethical cultural exchange, using Buddhist precepts as best she can as a guide for walking through the world without making things worse.

Mary's practice has focused on living with autoimmune disease, turning toward suffering, and engaging with the world. She is inspired by engaged Buddhism, and the balancing influence of meditation and study on action. She lives in San Francisco with her boyfriend, their dog, and a few community cats, and is a founding member of the Green Sangha. She works at the UCSF Center for HIV Information, enjoys writing and producing independent radio and podcasts, and fantasizes about someday making a quilt. 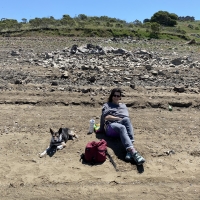 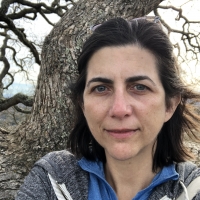