Danadasa began practicing with the San Francisco Buddhist Center in 1993, became a mitra in 1994 and was ordained in 2011. He is actively engaged in teaching mindfulness, meditation, and Buddhism and also, as a member of the SFBC council, in the running of the Center. His spiritual practice revolves around the archetypal Buddha Amitabha and the cultivation of faith. His great joys in life include developing spiritual friendships, studying the Pali canon, rock climbing, and spending time with his two adult children. 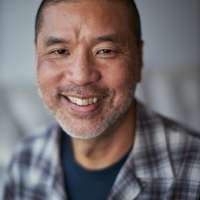