Shunyamala has been practicing at the SFBC since 1994, when it became obvious that for her meditation was like rolling down a hill - fun, natural, and with a gravitational pull all of its own.  Since then it was a wandering path toward ordination in 2013.

She tries to live her ordination name, Shunyamala - she who is wrapped in open possibility - in the various roles she has had over the years at the Center.  Currently she is on the Teaching Kula and is a Mitra Convenor.

Shunyamala is also a wellness coach at HeartWisdom Coaching, where she weaves her Buddhist practice together with helping others find their voice and embody their health during challenging times.   She is an avid gardener, thrives on art and creative expression, particularly in the wild, founded an Art Residency Program with her husband Keith and enjoys playing with her dog Nico at all possible times! 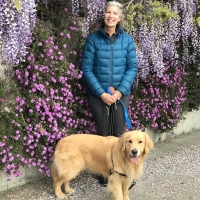 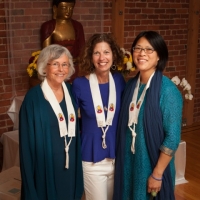 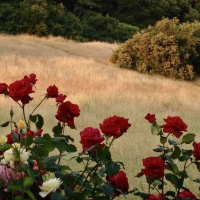 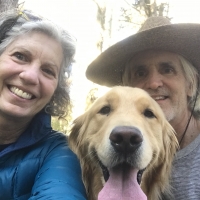 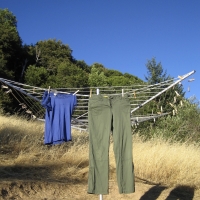