Karunadakini started practicing Buddhism in 1993 at age 23 with the London Buddhist Center, moving to San Francisco eight months later where she's been involved ever since. Ordained in 2006 in Scotland, she is particularly connected to the Bodhisattvas White Tara and Padmasambhava. Her name means "Dakini of Compassion", or "the freedom and wisdom that arises out of compassion”.  Her primary expression of spiritual practice is through genuine and compassionate connections to people in Sangha and her work, and her approach to meditation is intuitive, creative and eclectic. She is currently the Order Convener for San Francisco.

Trained as a marriage and family therapist, she has spent much of her career working in public schools with special needs teens and she now works in private practice as a therapist with both adolescents and adults. Her spiritual practice and her therapy work are integrally connected, constantly inspiring and fueling each other.

She lives in the East Bay with her dog Bodhi and she enjoys hiking in the woods, spending time with her girlfriend and close friends, going on retreat, and traveling. 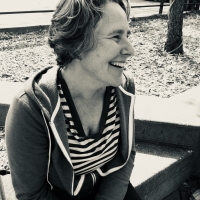 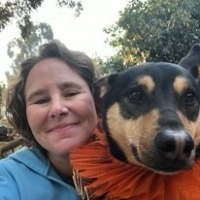